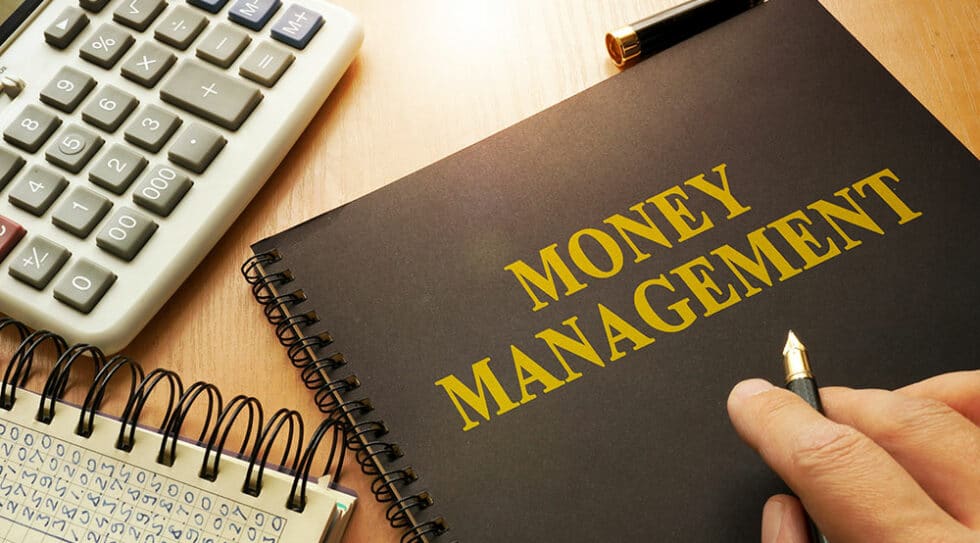 I originally wrote this article 20 years ago and while the events are not identical to today’s economic scenario, there are many similarities. Those who do not study and learn from history are bound to repeat it. With over 40 years’ experience in financial services, I like to remind my teams, it’s other people’s money and it’s our responsibility to help invest it safely.
You may remember the glory days of the 1990s. For some, it meant incredible NASDAQ stock-market returns of 40 percent in 1995, 80 percent in 1998, and even 101 percent – or more – in 1999. It sounded too good to be true. And for many investors, it was.
Then came Y2K and the dot-com phenomenon, the subsequent meltdown of the technology sector, from February 2000 – September 2002, when the NASDAQ 100 index average declined from 7688 to 1800 (Source: macrotrends.com). The dot-com bonanza now feels like a dot-gone fiasco.
Where do community associations fit into this? About where you’d think. Notwithstanding the sobering volatility of today’s economic climate, investments such as stocks and bonds over the past few years have proved quite tempting to may associations. In the past, those that gambled with their reserve funds often lost – badly.
Temptation is sure to continue endangering associations. And without federal insurance and guarantees – as CDs carry – the risks of investing reserve funds for your association may be enormous.
When you’re responsible for the long-term maintenance of your association – as well as for other people’s money – you can’t afford to put any of your reserves at risk, no matter what potential rewards await you. If your investments are not guaranteed or insured and the association loses money, your board may have breached its fiduciary duty to the homeowners, and it may be held accountable.

Because of their fiduciary duty to the association, board members are held accountable for the financial actions they take. In more human terms, breach of fiduciary duty usually means disrupted communities and disrupted lives. When a board needlessly loses money through unsafe investments, homeowners feel personally violated, and it’s easy to understand why: It’s their hard-earned money that has been lost. People are going to be angry, and they might take it out in litigation. Over the last 35 years, I’ve seen many homeowners sue their boards after they gambled and lost on investments that were not federally insured.
Unfortunately, the community as a whole suffers. Individual homeowners aren’t the only ones hurt, since a breach of fiduciary duty often leads to lawsuits that in turn may affect property values. In many situations, pending lawsuits scare off potential buyers and foster animosity and discontent among those living in the community.
To be fair, it’s not all gloom and doom. In my experience, most associations stick to federally insured investments. Yet CD rates near 0% sometimes make potential high-yield investments too tempting to resist. As a result, some associations make that fatal leap into the stock market, mutual funds, or other aggressive investments. To quell this inclination, try sharing the following real-life stories with your fellow board members, managers, and/or homeowners. The moral of both stories is to look before you leap – because it can be a long way down.

Some of you may recall 2008 – 2010 as a bloodbath for a lot of people. But to encounter real Depression-style upheaval, you must go back to 1987.
That year, I met with the board of a major Southern California resort community to discuss their reserve investments. They told me that their treasurer, a retired investment advisor, had done an admirable job of investing their association’s funds over the previous 10 years. He’d generated a respectable return on their reserve portfolio before taxes, and now the value of their reserves stood at about $1.6 million. However, I was alarmed that the portfolio consisted of numerous stocks, bonds, equity-based mutual funds, and other such investment vehicles. In my opinion, these types of investments are neither prudent nor appropriate for associations.
As a finance professional and a member of my own association’s board, I discussed with these board members their fiduciary responsibilities and explained the potential market risk they faced. Even with a long-term outlook, the board was putting other people’s money at risk. The board said it wanted to think about my recommendations – which would have shifted their funds toward a more conservative investment stance – before making any changes. In the meantime, the stock market continued to soar, and the economy kept booming. Sounds familiar, doesn’t it?
Then, during the second week of October 1987, the association’s treasurer died of a massive heart attack while jogging. Ten days later – October 19 – the stock market crashed. Frantic phone calls and hastily convened executive board meetings could not reverse the damage. That one day, the association’s portfolio declined in value from $1.6 million to about $900,000 – a total loss of more than 33 percent. In a panic, the board liquidated its remaining investments and transferred them into nine different banks. Unfortunately, as the old saying goes, the board was a day late and many dollars short.
Armchair analysts and those with 20-20 hindsight would say the association should have bought more stock, because today the investment would be worth much, much more. This is true, but in October 1987, nobody on that board had a crystal ball. They did have 1,200 angry homeowners screaming for blood. The eventual cost in hours, emotional distress, and legal proceedings was enormous. The board members were removed from office and sued individually and collectively for breaching their fiduciary responsibilities. The management company was sued also.
The only winner were the attorneys who were paid to sort out the whole mess. The biggest losers were the homeowners, who were burdened with a special assessment to help defray the loss. Even worse, some retirees on fixed incomes had to borrow money to pay the assessment.

INSURED: YES AND NO

But it doesn’t even take something as monumental as a stock-market crash to lose all that money. In the late 1980s, a condominium association in San Clemente, CA purchased Government National Mortgage Association (Ginnie Mae) bonds with funds it received from a construction-defect lawsuit. The association had investigated several alternatives to CDs and U.S. Treasury Bills and had determined it could get a better potential return on Ginnie Mae bonds.
What the board members neglected to consider, however, was that interest rates were on the rise, similar to what we are seeing today. In a climate where interest rates are going up, the resale value of these types of bonds diminishes. (Conversely, with the drop in interest rates that we saw from 2010 to the present, the resale value may increase.) The association also forgot that the bulk of these funds would be spent over the following 12 – 18 months on replacing defective roofs and ceilings. Inflation was alive and interest rates continued to climb, but the board had locked into what it thought was a guaranteed 8.75 percent rate of return. Comparable rates were now almost three percentage points above that.
Six months later, the association was ready to begin construction. To pay the architect, engineers, and contractor, the association agreed to liquidate the bonds. The unfortunate surprise was that the liquidation value was far less than the original investment. How could that be? Didn’t the federal government guarantee these bonds? Wasn’t the association promised all of its money back – plus a good interest rate?
Yes and no. Mortgage-backed or agency securities – from Ginnie Mae, the Federal National Mortgage Association, the Federal Home Loan Mortgage Association, and others – carry significant market and re-investment risks. Unlike some other fixed-income vehicles that guarantee the return of principal and interest on a predetermined basis when held to maturity, these investments are designed to “pass through” both principal and interest, usually on a monthly schedule. Depending on the specific investment vehicle, the amount of this pass through and the final maturity can vary.
To make matters worse, the board of directors made a decision reminiscent of another San Clemente native – Richard Nixon. Following the Ginnie Mae disaster, the board held a marathon meeting and decided to bury the evidence. At the association’s annual meeting, the board didn’t mention the investment loss or its misunderstanding of interest-rate fluctuations. Later, one of the residents – an accountant by profession – just happened to review the budget, balance sheet, and financials, and she exposed the board’s inappropriate investment and its cost to the community. Shortly after, the board resigned.

Every community association has legal documents that spell out how it should be run. However, very few of the associations I’ve worked with have specific investment guidelines. I cannot stress how essential this is. Every board should have a set of concise, detailed guidelines incorporated as part of the association documents. This provides vital information for homeowners and can help the board secure the association’s future financial wherewithal.
Above all, these guidelines should reflect the fact that community association investing is a complex business that requires more than just a broker’s license or a knowledge of financial markets. It requires a thorough understanding of CC&Rs, corporate codes, and complicated legislation that varies from state to state. There are even some states that require “funds in the [reserve] account be covered by insurance provided by an agency of the federal government.” Not all states have such laws, which means there’s plenty of room for potential abuse or slip-ups.
The lesson for board members, trustees, directors, and especially managers is a simple one: Investigate before you invest. Deal only with experts in association financial management. Check references and look for long-term track records within the industry. And remember: History is bound to repeat itself, so consider investments that are federally insured. That may be the safest bet of all.

Helping You Build a Firm Financial Foundation For You Future

Nico F. March is the Managing Director for The March Group, LLC. He has worked with Community Associations since 1974 and has served on several Boards, including the Board of Directors for the Community Association Institute (CAI), San Diego Chapter. His team has specialized in Corporate Cash and Association Financial Management since 1982 and has assisted over 1000 Associations, Nonprofits and Timeshares invest over $4 Billion in reserve, operating and reconstruction funds. Nico and his team work out of their San Diego and Wyoming offices and may be reached at 888.811.6501 or email [email protected] for further information and consultations.

The March Group is not a tax or legal advisor. We will be glad to work with your professional CPA and Attorney to help you with your financial goals. Neither the information contained herein nor any opinion expressed shall be construed to constitute an offer to sell or a solicitation to buy any securities mentioned herein. Securities offered through LPL Financial, Member FINRA/SIPC.

Content in this material is for general information only and is not intended to provide specific advice or recommendations for any individual. Investing involves risk including loss of principal. No strategy can ensure success or protect against loss.
All performance referenced is historical and is no guarantee of future results. All indices are unmanaged and may not be invested into directly. 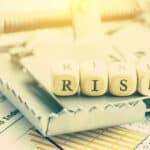 Debt Aversion…. The Future is Now 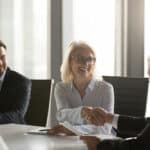 Crash Course for Board Members